Lathe is an effective machine that has several applications. Although, the effectiveness of this machine depends on several external factors starting its from holding ability. It needs to hold the work piece in a firm manner, ideally using a vice clamping mechanism of some kind. This needs to be calibrated for precise measurements.

What is a Lathe Machine?

In simple terms, it is a machine that rotates the work-piece around an axis of rotation. There are several functions it is capable of doing with the help of these actions, including cutting, sanding, knurling, drilling, deformation, facing.

This is one of the oldest machines around that has several common applications like cutting, knurling, etc. It is popular all over the world and several industries too. It has a great many applications and has the ability to produce a three dimensional surface as well. 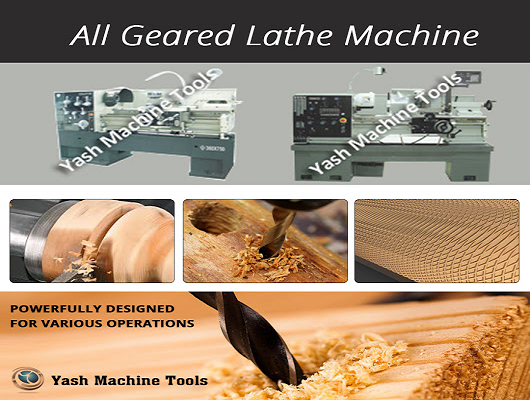 Applications of a Lathe Machine

History of a Lathe Machine

Besides, this is also further evidence of this machine found in a Etruscan tomb in Northan Italy in the form of fragments of a wooden bowl and in modern day Turkey in the form of two flat wooden dishes with decorative turned rims. The Chinese are also have known to use rotary lathes of some kind in ancient times like 400 BCE. Such machines were implemented on an industrial scale at those times to sharpen tools and weapons.

The lathe machines were mechanically driven up till the late 19th century; after which they were replaced with electric motors.

Further advancements have been made in lathe machines with introduction of a computerized control panel. These lathe machines are only expected to get tougher in the future. They will be designed for higher precision and lower production cost.

The future holds many good things and advancements for the lathe machine and all other machines as well. This includes technologies like next generation computer numerical controls (CNC), virtual reality, advancements in CNC programming, CNC intelligence as well as automation and 3D printing.

The recent advancements in technology means many types of 3D printers are now easily available. They also use precision motion control and feedback technology that helps improve quality and speed.